Kevin and Willie are about to geek out over history, old stuff, and cool things they learn from Matt Anderson, Curator of Transportation at the Henry Ford Museum of American Innovation. “We’re really about the impact of the car on American culture and how it’s changed everything,” Matt tells the guys. “Before the Model T you could get a good car, you could get a cheap car, but you couldn’t get a good, cheap car; the Model T hit that sweet spot, and that changed everything.” Nothing affects your ride more than shocks and struts; they’re controlling the amount of bounce of the vehicle and the tire that’s gripping the road. Aaron Shaffer, KYB’s Director of Marketing and Product, is a former racer and go-to guy for any and all suspension-related questions. Today he joins Kevin and Willie with advice on controlling that bumpy road; how to know when it’s time for service or replacement; why it’s absolutely critical to increase damping when adding a bigger, heavier, larger wheel and tire; and assorted hacks to avoid unnecessary and costly DIY mistakes. Who among us hasn’t scraped a curb and damaged a rim or tire? This can be a real nuisance, and a potentially pricey fix. Patrick Fletch joins the guys to explain how AlloyGator’s seamless system applies an engineering mindset to provide personalized protection, visual pop, and a colorful styling solution. Along the way, Willie introduces a phenomenon he’s dubbed “rolling mustard and mayonnaise” that swings the conversation in an unexpected direction!

Kevin and Willie welcome the “Father of the Ford GT” Chris Theodore for a special extended conversation chronicling his remarkable career in the automotive industry. The “engineer’s engineer,” Theodore has been a driving force behind some of the greatest vehicles of the 20th Century and beyond. His historic collaborations with the late Carroll Shelby culminated in the 2004 Ford Shelby Cobra Concept car that gives his book – and this podcast – its subject. 154. The Einstein of Additives Strikes Again

Chris Gabrelcik of Hot Shot’s Secret returns to the podcast for another deep dive into the complex chemistry of lubricants, oils, and fluids. With his VP of Research and Development Kevin Adams in tow, the Guru of Goo leads Kevin and Willie through some of the key principles of Tribology, the science and engineering of interacting surfaces in relative motion. The conversation is anything but dry; stick around! Today’s cars and trucks are increasingly more complex machines running on ever more powerful computers, spitting out codes and diagnostic information that can be difficult for a DIYer to decipher. The new OTOFIX scanning tool is poised to change all that, offering dealer quality, access, and capability at an affordable price. Maurice Miller and Daniel Bemiss join Kevin and Willie to discuss the super powerful, easy to use, and highly connected device that Kevin hails as the “solution that I’ve been looking for!” 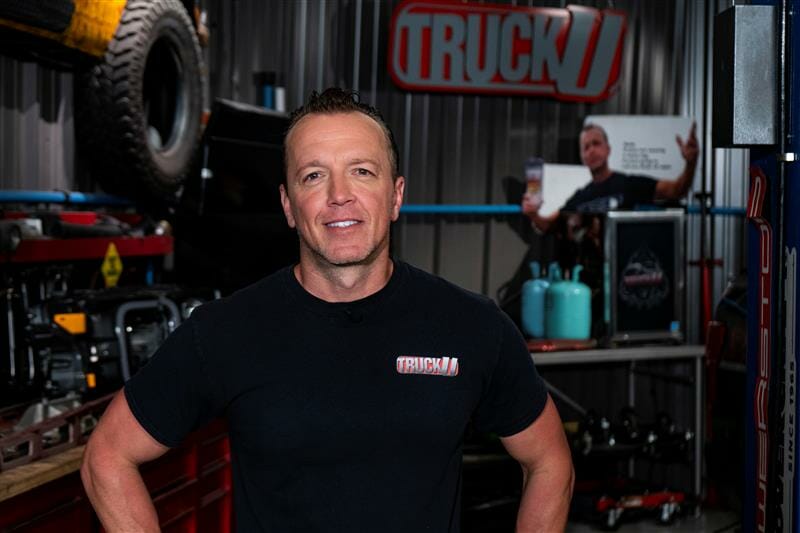 As co-host of the long-running MotorTrend series Truck U from Day 1, Matt Steele has seen a virtual truckload of trends come and go. Over the course of 17 seasons to date, his passion for all things trucks burns as brightly as ever. As he tells Kevin and Willie, “I’ve always been a truck guy,” and nowhere is this more evident than in his day job as owner of the mud bogging off-road event series, Trucks Gone Wild. With the release of its TKX next generation transmission in late 2020, TREMEC’s totally redesigned model quickly proved itself a gamechanger for both cars and trucks. While the timing may have initially seemed potentially disastrous, Modern DriveLine’s Bruce Couture reports that sales are up 70 percent over the prior year. “This pandemic has been great for business,” he ecstatically tells the guys, with no end in sight anytime soon. Will Dover, Director of Category Management, Undercar at CarParts.com joins the guys to discuss one of the two most essential aspects of driving – stopping. While not everyone sees the fun factor of brakes, those who do can really appreciate how great stopping power enhances vehicle performance and driving pleasure. Selecting the right kit can be daunting, posing this challenge for Will: “How do we make it as simple as possible for the customer to find the right product for their car so that we can get them back on the road as quickly as possible?” Former co-host Bryan Fuller joins Kevin and Willie to celebrate Two Guys Garage’s 20th Anniversary and chat about the trio’s recent reunion with original hosts Dave Bowman and Sam Memmolo on the milestone season finale. They also go deep on one of Bryan’s latest and most unexpected projects, outfitting a ’69 Cougar convertible with Tesla underpinnings. Willie B is deep in the throes of his first solo SEMA build on a rare 1966 Dodge Charger “slapper” car that is most definitely NOT a General Lee. With the clock ticking down, he’s sliced, diced, cut, chopped and wide-bodied it, learning firsthand that “most nightmares occur while you’re awake.” In this final installment of our five-part series, he begins to question whether all the lost sleep, high stress, and hurdle after hurdle will be worth it in the end. As president of Factory Five Racing, Dave Smith is the poster child for pride in ownership. The “Built, Not Bought®” kit car company has weathered its share of storms over the course of 27 years, with the last year-and-a-half being “both the most challenging and maybe a lot of fun, too, but not in the way I thought.” Consider this: There are 4500 parts in one kit, and with 10 kits sold in an average week, that’s 45,000 parts leaving the building in a single week. Add a global pandemic to the mix and, as Dave tells the guys, things get complicated real fast.